The Background of the Kettle Goulash

The goulash soup is known around the world as a typical Hungarian culinary speciality, and it is very popular in its native home as well as on international menus. It has become a true national symbol of Hungary, similarly to the canine breed of puli. The ‘gulyás’ with its close relatives, ‘pörkölt’ and ‘paprikás’ are almost the only peasant dishes which found their way onto the tables of the aristocracy and the middle class in the nineteenth century. These three dishes (and to some degree, the fish soup) form the basis of the traditional Hungarian cuisine and their histories are inseparable from each other. Furthermore, it is not quite clear from historical sources which dish they refer to, since the names were ambiguous as they still are in present days. ‘Gulyás’ is one of the most popular dishes with Hungarian origins abroad, which is known in many countries as ‘Gulasch’ and ‘goulash’. However, the way they are prepared differs from ours. In the past century the glory of goulash has been obscured by the goulash soup, which is of entirely different historical origins with different preparation methods than the original ‘gulyás’ of the herdsmen. 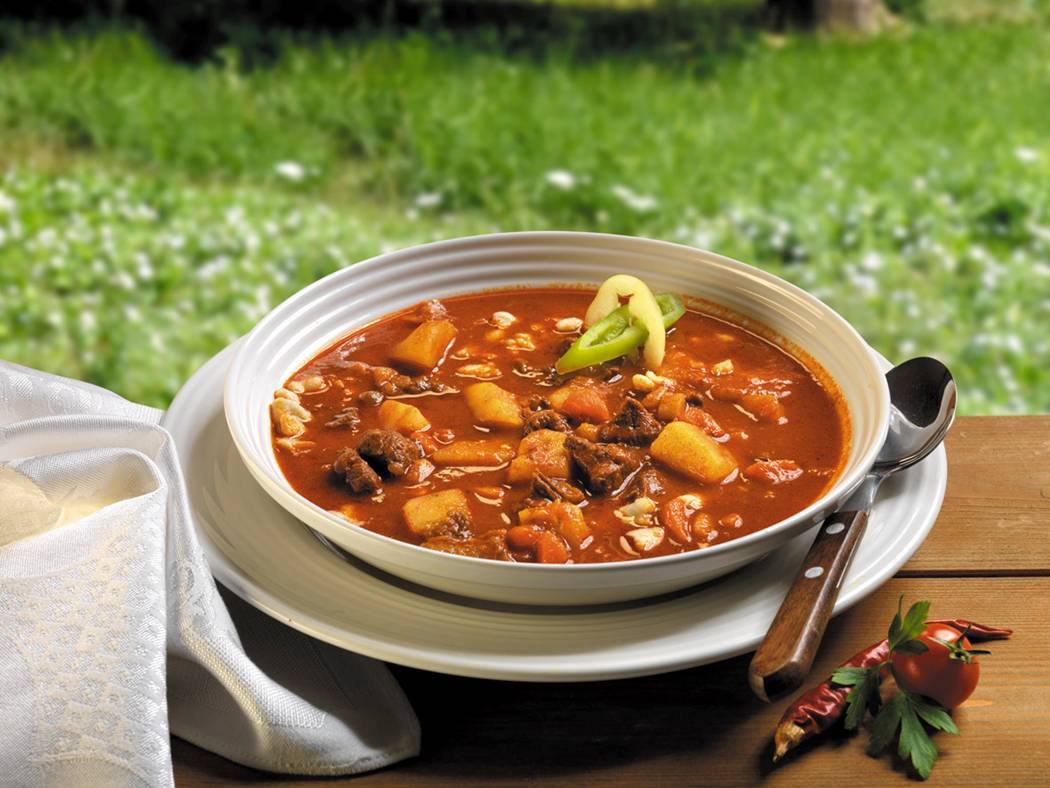 The History of ‘gulyás’

Many sources agree that the birth and spread of the dish are associated with livestock farming in the Hungarian Great Plain. The herdsmen lived far from the populated areas and cooked for themselves, using their only pot, the metal cauldron, or kettle. They had bread, bacon and spices on them and the meat was easily available. Until the 1790s the main ingredient was beef as primarily grey Hungarian cattle were bred on the plain. Later on sheep were introduced in large numbers and the shepherds started using lamb meat. In the beginning, the dish was consumed without a side of potatoes, only with bread and using a pocket knife to prick the meat, and perhaps a spoon. 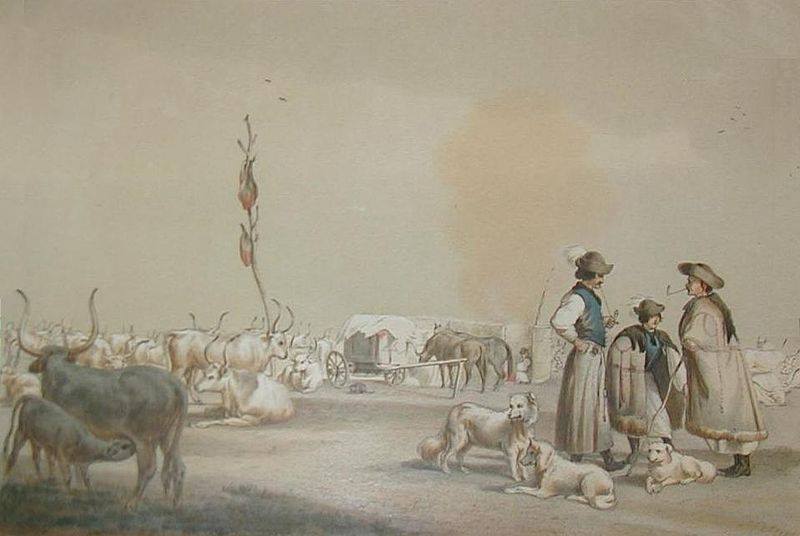 How to Make Goulash

The goulash soup can be prepared in a number of different ways and each one has its own ardent supporters, however, all agree in a few details. It is forbidden to use flour to thicken the soup. If the soup is too watery, the use of tomato paste is recommended, although in small quantities (a maximum of a couple of tablespoons) as the soup could become sour. Following the basic recipe, not only beef, but other kinds of meat (poultry, lamb, game or mixed meat) could be used, as well as ‘pörkölt’. There are goulash soup varieties with mushrooms, green beans and vegetables, furthermore, without any meat, which is called ‘hamisgulyás’. 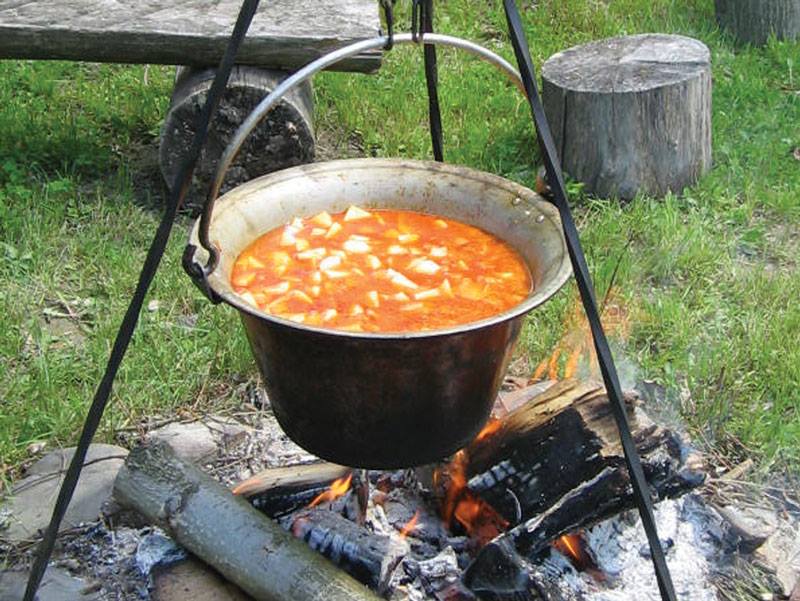 Melt the lard and sweat the onions on it. Press the garlic, add and toss the meat in too and fry until browned.

When nicely browned, add some paprika, stir, but be careful not to burn the paprika. Add water until covered, and then add the cardamom, salt and pepper.

Swiftly chop the tomato and the bell peppers and add them to the pot. If you like hot spices, add a chilli pepper too, but in whole so you could remove it easily if it proves to be too hot.

Cook the goulash on low heat, for best results on a gentle simmer.