2011 – The 200th anniversary of Ferenc Liszt’s birthday. Ferenc Liszt (1811-1886) was a Hungarian, romanticist composer and virtuoso pianist. His early showing talents were nurtured by his parents as appropriate. At the age of 9 he gave concerts in Sopron and later he became one of the students of Czerny and Salieri. In 1822, he had his 1st debute in Vienna, where Beethoven discovered his extraordinary talent. While carrying on with his studies, he regularly gave concerts across Europe. From 1827 Liszt lived in Paris, as a well recognised, popular pianist and conductor. With Chopin’s support he kept developing his technique, while Berlioz assisted him in improving his composer skills. Three years later he made a long tour across Europe’s biggest cities and in Russia, where he met the love of his life and his muse, Princess Carolyne von Wittgenstein. Later he worked and taught as the courtly conductor in Weimar. In Budapest he supported the foundation of the Music Academy and also gave regular lessons. Liszt was an extremely prolific artist, we have nearly 400 compositions and numerous essays left for our generation. 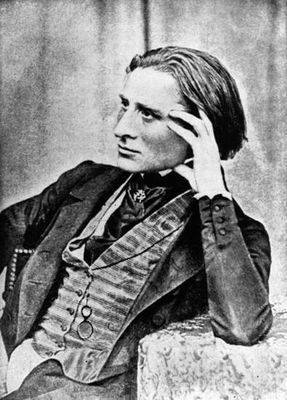